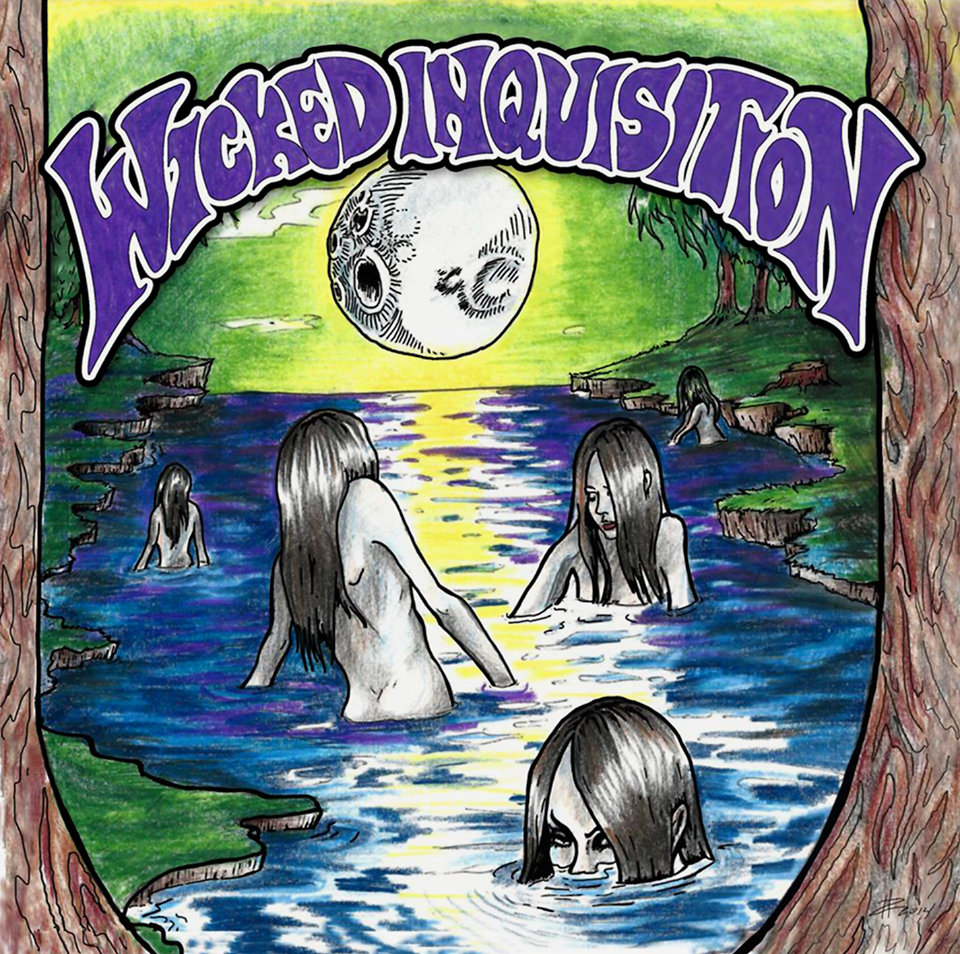 Wicked Inquisition. When I heard the name, my expectations for the band skyrocketed. It just fit the kind of music they supposedly played: no-nonsense doom metal; the stuff you’d expect to hear opening for Pentagram. Although their name alone certainly has promine, the members of this four-piece from Minnesota haven’t made a name for themselves yet. This isn’t necessarily a bad thing – more often than not, a band’s best material is from their early releases. They knocked it out of the park with what they call themselves, but the question as to how good their music is still remains. I’m happy to say that Wicked Inquisition produced some rock-solid throwback doom that never strays too far from bands that laid out the foundation of the genre such as Black Sabbath and Trouble.   END_OF_DOCUMENT_TOKEN_TO_BE_REPLACED

Releasing a total of ten full-length albums since their formation in 2002, Ukraine’s Drudkh has established themselves as one of modern black metal’s most prominent bands. Their latest, Борозна обірвалася (A Furrow Cut Short) doesn’t stray very far from what one would expect from Drudkh – namely lengthy songs that feature mystical riffs and lyrics based around Ukrainian folklore and poetry. This album exhibits what Drudkh does best, however nothing new is really brought to the table.

END_OF_DOCUMENT_TOKEN_TO_BE_REPLACED

Album: The Heart of the Netherworld

The latest release from Finland’s Desolate Shrine, titled The Heart of the Netherworld, is certainly an ambitious effort. Clocking in at over an hour, …Netherworld’s seven songs attempt to expand upon what one would expect from death metal through a heavy emphasis on atmosphere. More specifically, Desolate Shrine crafts a soundscape that reflects the band’s general negativity towards the human species and its obsession with the occult. What we have here isn’t exactly sunshine and rainbows – but what self-respecting metal enthusiast doesn’t appreciate a well-executed exploration of the dark side? Unfortunately, while the record occasionally reaches points where its thick atmosphere enhances the sense of dread, much of the time all it produces is tedium. END_OF_DOCUMENT_TOKEN_TO_BE_REPLACED

Pack a bowl and rip your bong, you’re in for one hell of a journey. I was immediately immersed by Elder’s Lore because of the hypnotising quality of its riffs combined with the sheer scale of its songs and the sense of awe they invoke. Lore presents the band’s psychedelic brand of doom beautifully and is bound to be on numerous “album of the year” lists, including my own.

END_OF_DOCUMENT_TOKEN_TO_BE_REPLACED

Alright ladies and gents, gather ‘round for some sweet, sweet old school death metal worship. This particular album, Necrowretch’s With Serpents Scourge, doesn’t go into unexplored territory, but the band put together a strong effort that had me hooked from beginning to end. END_OF_DOCUMENT_TOKEN_TO_BE_REPLACED

“Illusions in Infinite Void” is the debut full-length album from Greek heavy/speed metal band Sacral Rage. As far as debut albums go, you couldn’t really ask for much more – this album packs a punch despite its relatively short running length. END_OF_DOCUMENT_TOKEN_TO_BE_REPLACED