Haken is an English progressive metal band, and Affinity is their fourth album. They’ve earned quite a bit of praise over the past few years, starting right out of the gate with their strong debut Aquarius. What made that album so interesting from a progressive metal standpoint was the fact that Haken had combined the intensity of the American progressive metal bands like Dream Theater and Symphony X with the English flounce and flair of progressive rock bands like Yes, Marillion, and Canada’s Rush. While Affinity does manage to keep that balance alive, I would say that as the albums pass, Haken gets closer and closer to the harder and heavier progressive metal. END_OF_DOCUMENT_TOKEN_TO_BE_REPLACED

Hailing from England, King Goat play what can only be described as David Draiman of Disturbed providing vocals for a new Candlemass album, released in 2014 when the band had to stand up next to other doom releases by Yob and Thou in both scope and atmosphere. END_OF_DOCUMENT_TOKEN_TO_BE_REPLACED 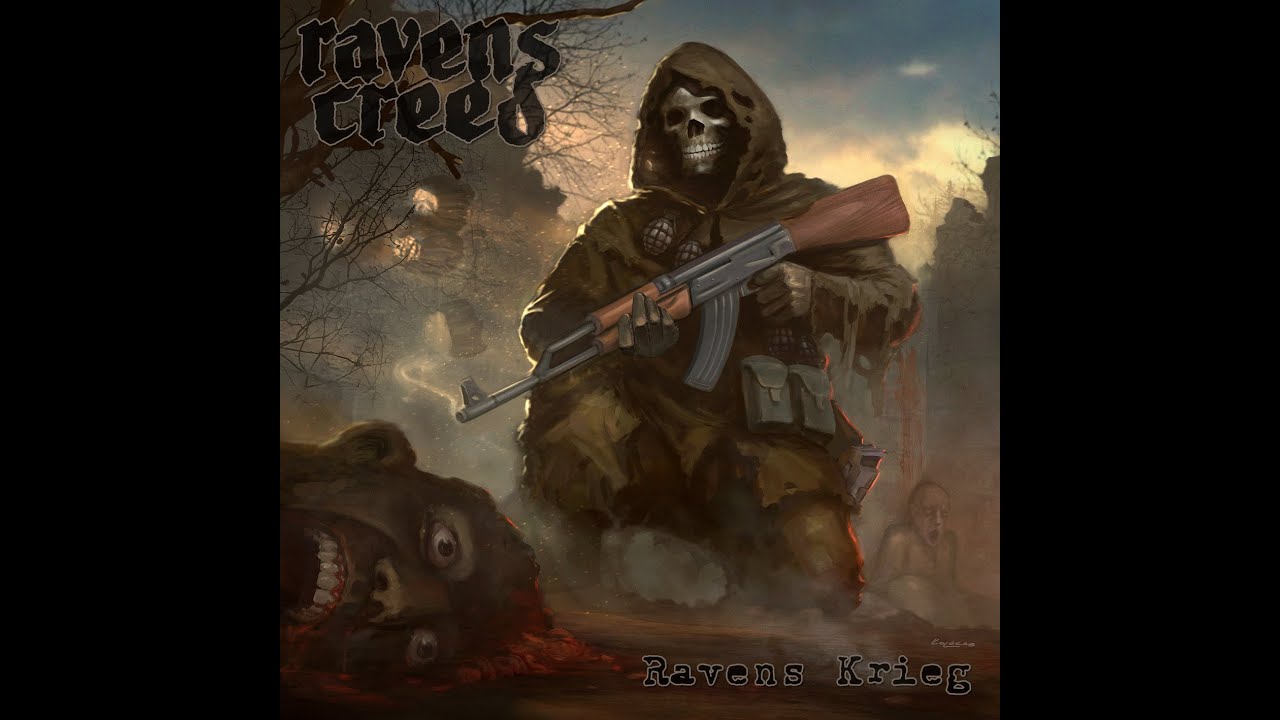 War is hell, as well all know, which makes it a ripe topic for quality death metal. While many bands aim for the Satanic or evil vibe, many bands also try to go for the grim realism of a world torn apart by combat. On their third release Ravens Krieg, Ravens Creed are clearly going for something akin to this. Released by Xtreem Music, it consists mostly of songs less than three minutes long that are filled to the brim with percussive, powerful death metal. END_OF_DOCUMENT_TOKEN_TO_BE_REPLACED

Originally formed in 2007, Cruciamentum have a couple of demos as well as EP and a split with label mates Vasaeleth under their belts, however Charnel Passages is the debut album offering from this English death metal group and is a swirling affair of Incantation styled darkness and death. It is not at all surprising to see this released under Profound Lore, given Cruciamentum share the label with other fantastic cavernous, Incantation-esque bands like Abyssal, Vasaeleth and of course, Disma nor does the album title feel inappropriate – one does feel like they’re truly being lead through charnel passages with this release. END_OF_DOCUMENT_TOKEN_TO_BE_REPLACED

This is the thirteenth full length album from Raven, who are arguably one of the most consistent metal bands still active. Whilst every album may not be as widely respected as the others (and with one pretty notable dud), they are still certainly one of the relatively few bands to be churning out quality material in a career that has lasted more than four decades. Raven got their start around the time Judas Priest released their debut record, but wouldn’t release an album themselves until 1980, when the NWOBHM was in full swing.

END_OF_DOCUMENT_TOKEN_TO_BE_REPLACED

Album: No Light, Only Fire

One of the albums I reviewed before this site died off last year was the English trio, Witchsorrow’s debut, self titled album (2010), which was a brooding and crushing doom affair that while tended to drag on in certain places, was a debut that I felt genuinely invoked the dark, morbid imagery and tones of doom metal and certainly fittingly for their band name. Their sophomore effort, God Curse Us, rectified the issues somewhat in 2012 and now, with No Light, Only Fire, Witchsorrow have dropped another offering of brooding, slow doom metal. END_OF_DOCUMENT_TOKEN_TO_BE_REPLACED

Instead of a normal one album review, I’ve decided to show off some demos from earlier in the year I feel went undeservedly unnoticed